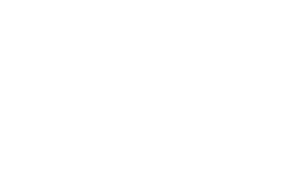 Masseria Bagnara was founded as a hotel restaurant in 2010, after a renovation that lasted about 5 years.

The original structure, located in the Contrada from which it takes its name, was a rural farmhouse of which we have the first news in documents of the end of the 17th century and which has been operating for several decades.

In this farm, under the property of several families over the centuries, the life of many people who cultivated the land and produced basic necessities took place: cattle breeding and wheat, oats, barley, ricotta cheese and delicious cheeses were produced by the hands of farmers and then sold at village markets.

It is with an eye to this extraordinary past that the Pagano family imagined to create a receptive structure, starting a restructuring that respected the original shape but at the same time was in step with the times and with the wishes of today’s tourist clientele.

Starting from the assumption that this precious history had to be protected and enhanced, the design idea was to leave the whole historical building in its parts, transforming what used to be the work and rural life spaces into functional places for reception. In this way, the old animal shelters, the “suppenne”, have changed their identity and have been transformed into Deluxe rooms and Suites; the old warehouses have become a Wellness Centre and Restaurant; the oldest structure, the “pagliara”, has been transformed into a prestigious Wine Cellar.

Masseria Bagnara has never abandoned its past and the Pagano Family, who owned it for many years, has not changed the sense and identity of this place, while guiding the renovation in a direction of modernity and functionality, necessary for a reception of national but also and above all international level.

MASSERIA BAGNARA IS ALSO THIS

You don't have permission to register